For full-scale field testing, Clearwater Layline developed a series of floating bioreactor modules, each one a drumlike 4000-gallon containment vessel. Linked in rafts of eight around a central settling tank, the submerged modules would host sulfate-reducing bacteria (SRB) that would attach to recycled fibers (each module’s fibers offering 100,000 square meters of surface area). Solar-powered pumps would keep water moving through each module, and controlled nutrients for the bacteria would be added through an inlet port. Through an outlet port, the sulfate-reduced water would flow to the central settling tank. 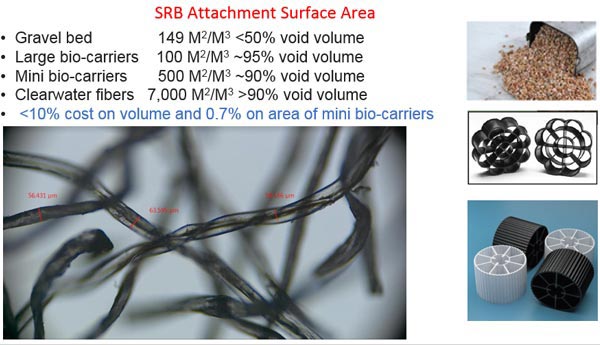 With this design concept in hand, Clearwater Layline made plans for Phase I field tests of the modular Floating Sulfate-Reducing Bioreactor. Funding was provided in 2012 by the Laurentian Partnership of the Iron Range Resource and Rehabilitation Board (IRRRB) and the Natural Resource Research Institute (NRRI) of the University of Minnesota. Cliffs Natural Resources and PolyMet Mining agreed to let the company use a mine pit lake at the former Erie/LTV mine site near Babbitt. 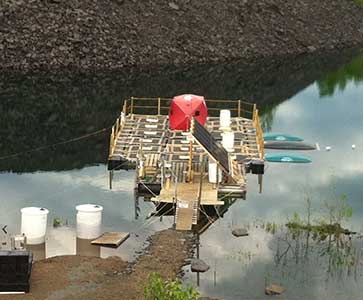